Increase Energy Efficiency to Save Money

InterNACHI advises that energy-efficient homes require less energy to perform household functions than homes that are less energy-efficient. There are many adjustments that homeowners can make to reduce the amount of energy required by their homes, therefore increase energy efficiency to save money.

Interesting facts about energy consumption in the United States and Canada:

Why make your home more energy-efficient?

Heating and Cooling
As much as half of the energy used in homes goes toward heating and cooling. ​​

The following are a few ways that energy bills can be reduced through adjustments to the heating and cooling systems:

The following are tips that will reduce the required energy of electronics and appliances:

Electric Lighting
The average household dedicates 11% of its energy budget to lighting. Traditional incandescent lights convert approximately only 10% of the energy that they consume into light, while the rest becomes heat. The use of new lighting technologies, such as light-emitting diodes (LEDs) and compact fluorescent lamps (CFL), can reduce energy use required by lighting by 50% to 75%. Advances in lighting controls offer further energy savings by reducing the amount of time lights are on but not being used.
Here are some facts about CFLs and LEDs:

Daylighting
Daylighting is the practice of using natural light to illuminate the home’s interior.

It can be achieved using the following approaches:

Cooking
An enormous amount of energy is wasted while cooking.

The following are some common places where leakage may occur:

Windows and Doors
About one-third of the home’s total heat loss usually occurs through windows and doors.

The following are ways to increase energy efficiency and save money:

Indoor Water Conservation
The following systems can be installed to conserve water usage in homes:

Solar-Thermal Heating
Solar water heating first became popular in the 1970s when federal, state and utility incentives encouraged their installation, as is happening again now. Inspectors will see many of these older systems still in place but no longer working. In practice, inspectors will encounter a wide variety of system configurations and components, and recommending a specialist inspection is a good idea in order to pass on liability. These systems can be expensive. The idea is fairly simple. Solar insolation heats a circulating fluid which transfers its heat to a storage tank from which home hot water can be drawn, either directly to plumbing fixtures, or to supply pre-heated water to boilers or hot water heaters.

Various types of solar-thermal heating can be installed, such as:

In summary, there are a variety of adjustments to the home that homeowners can make and increase energy efficiency to save money! 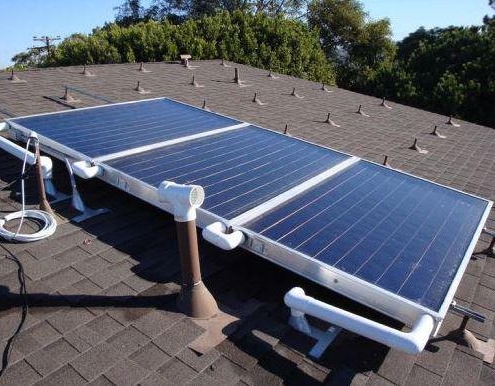 15 Tools For Homeowners
Scroll to top